Experiencing the Real Italy Through a Scoop of Gelato

By Alec, October 12, 2012, In Foodie Tales, Italy
Home » Foodie Tales » Experiencing the Real Italy Through a Scoop of Gelato

The first question the foreigners ask when they hear the word gelato is, ‘how is it different than ice cream?’ A question, I learned, that has many answers. 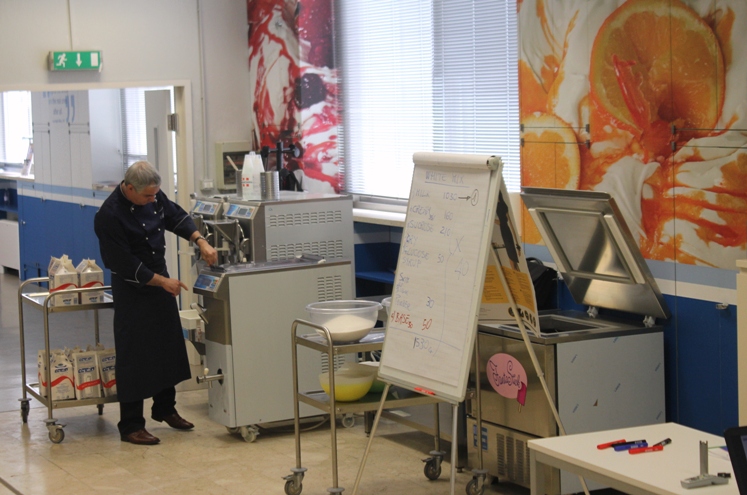 It can be experienced through taste, visualized through sight and understood through science. Taste and sight are abstract. Unless the two products are placed side by side or one has visited a truly good gelateria, the disparities are tough to grasp.

How a heirloom tomato is a completely different experience than a red tomato can only be appreciated by those who have tried both. What really explains these differences however is chemistry. 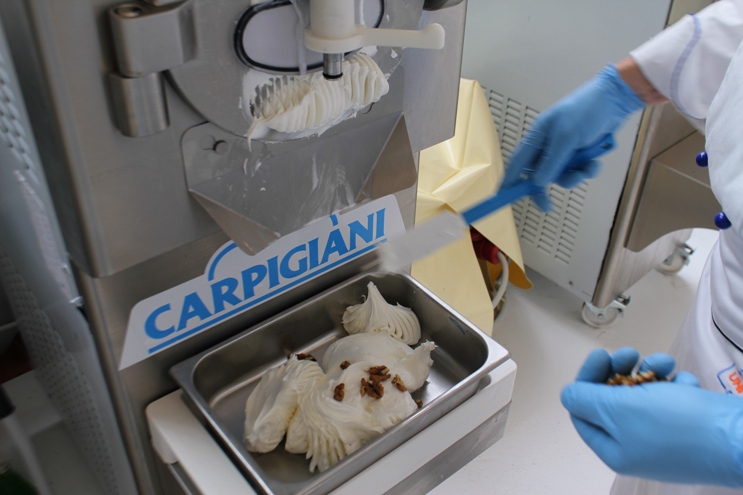 The idea that there is a scientific distinction seems odd, amusing, even absurd. I never gave it much credence until I tried one of the best gelatos (a pecan, walnut infused with maple syrup) from James Coldridge, an artisan from Vancouver and winner of the 2012 Gelato Festival. I still remember my amazement when he told me “if you want to learn, really learn how to make gelato, you go to the Gelato University.” So that’s what I did. 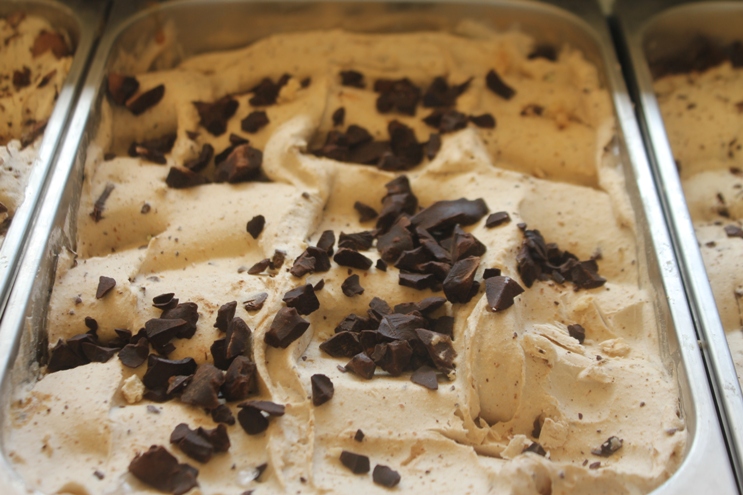 A ‘maestro’ is a sommelier in the gelato world. He is not only a highly revered master of taste, but an expert at making gelato. At Carpigiani Gelato University in Bologna, Italy, (renown as the capital of the gelato world), there are many maestros. Their extensive one week course (the first of four), offers a full overview of the entire industry. Dedicated specialists on literally every aspect of gelato come to share their wisdom. Achille Sassoli, Event Manager at Carpigiani, reports on turning your gelateria into a profitable business. Architect Marco Valerio Agretti talks about how to layout the gelateria for functionality, style and marketing. Roberto Lobrano, both a maestro and communication expert, speaks on how to effectively treat your customers. Master Gianpaolo Valli lectures on the technological aspects of perfecting the art of balancing ingredients. Professor Diego Matteuzzi, a biologist from the University of Bologna, educates on the importance of hygiene. But the bulk of the course is presented by Luciano Ferrari, owner of a gelateria for 20 years, author of Gelato and Gourmet Frozen Desserts. More than a maestro, a legend. 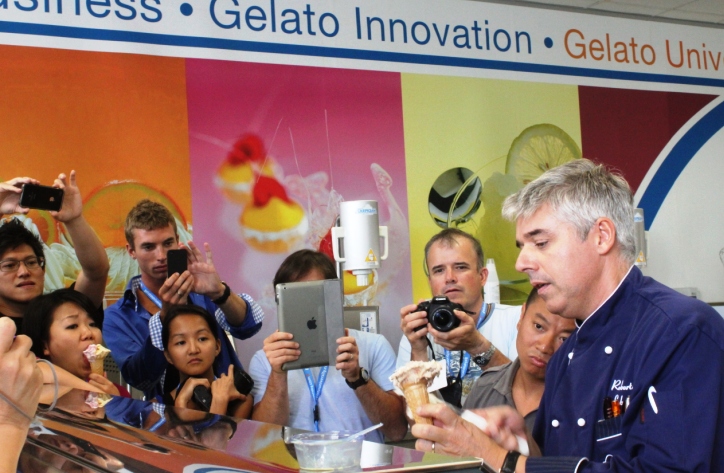 At the end of each day of class, the students are given a recipe and told to make their own gelato. Ferrari walks around to answer questions, but the majority of the work is done by us. I am assigned coffee. The ingredients are completely natural: sugar, milk, cream and espresso. In preparing the recipe, I learn the first difference between ice cream and gelato: the latter has less fat because it uses less cream. 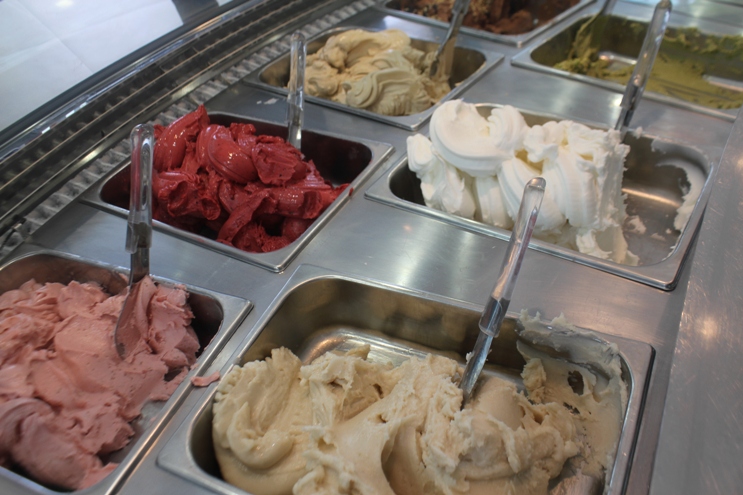 Gelato is many things, but first and foremost, it is a science. Add cream to raise the freezing point. Add sugar to lower it. Then add the dextrose. And don’t forget the stabilizer. Double check it with a refractometer (a device used to measure sugar content), and squeeze half a lemon to enhance the taste. As Luciano summarizes, “it’s a complex baby we’re working with here.” The ingredients may be simple, but blending them together at the appropriate amounts and temperatures is something that requires careful thought and planning. My gelato comes out good on the first try, a rich, thick coffee flavor. But the credit is not mine, one push of the button from Carpiginani’s advanced technology leaves me with a product that is unequivocally better than any ice cream I had ever tried. 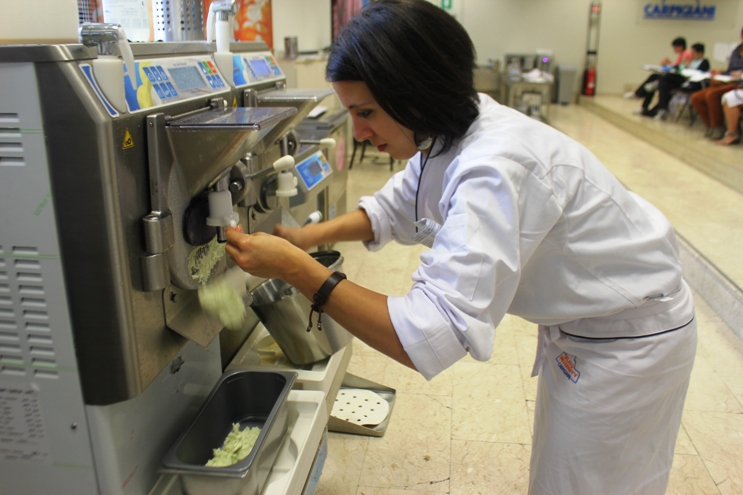 Luciano, like all the other teachers, makes himself widely available for questions. I catch him before class on the third day and, pointing to my favorite gelato (a fig sorbet made solely of figs, water and sugar) I ask: “how do I get my consistency more like this one?” 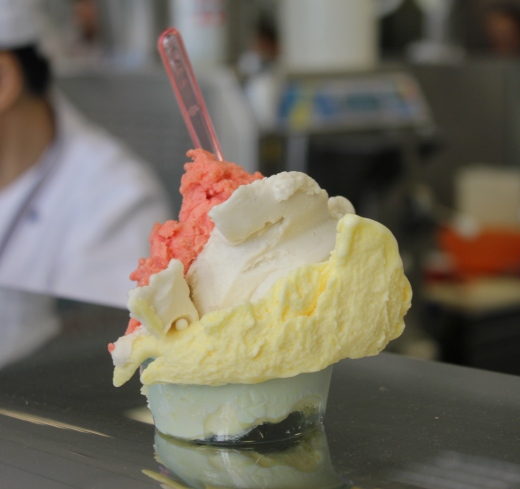 He puts his arm around me, motions toward the classroom and says: “that’s what we’re about to learn.” The lecture of the day is about the second difference between gelato and ice cream: the former has one quarter of the amount of air. This was the defect in my coffee. Too much air caused a lack of flavor and drop in the texture.

My second assignment is tiramisu. When the product comes out of the machine, I try a spoonful. Thick, creamy, intense, delicious. Less air suddenly meant something. More flavor.

On the final day of class, Gianpaolo Valli teaches us, in excellent detail, how to compose our own gelato recipe by finding the delicate balance between sugars, fats and fruit. Perhaps it is the false sense of confidence the machines gives me to make an incredible product, but instead of making the lemon sorbet I’m assigned, I get ambitious. When I tell Gianpaolo that I decided to mix lemon with green apples (unpeeled for taste and esthetics), he encourages me. 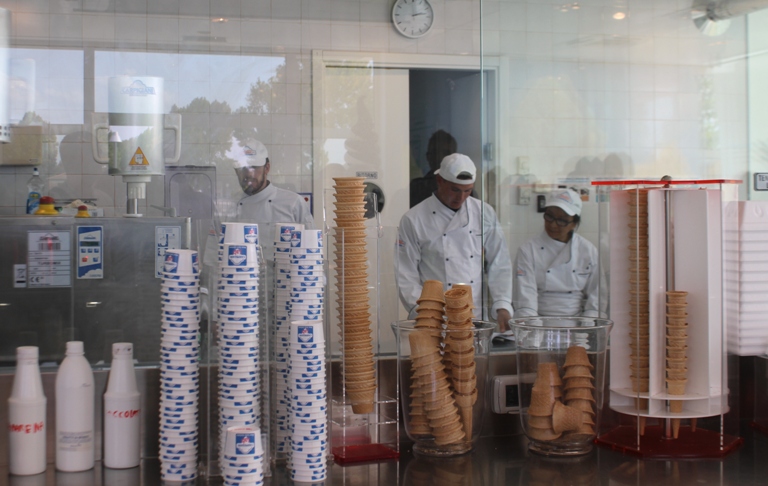 After confirming that I have the right balance of ingredients to get the desired freezing temperature (each fruit contains a certain percentage of sugar, which affects the overall composition of the product), I put the gelato in the machine. When the light green concoction comes out, it is entirely too icy. “What happened?” I ask. “You used the wrong setting. It needs to freeze at a very precise temperature (-18 C) or it won’t turn out right.” He puts his spoon in the mixture, closes his eyes and dabbles with his tongue. “But I’ll tell you something,” he says, “this gelato tastes amazing.” 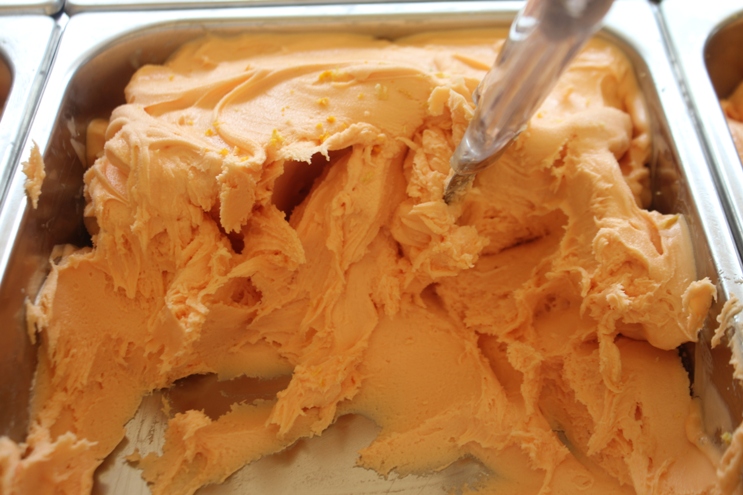 It is a bittersweet end to the course. Bitter because the last difference between gelato and ice cream – gelato is served at a higher temperature – gave my sorbetto the wrong consistency. Sweet because I created a great product that earned the maestro’s approval. 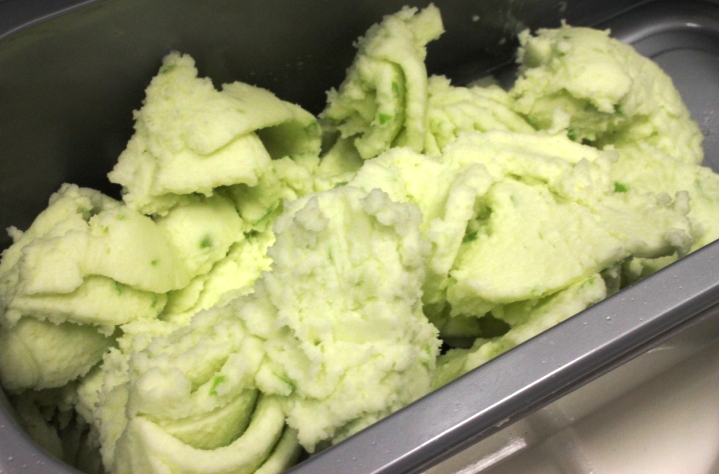 The question still remains: ‘why had gelato culture not caught on in the United States?” In a conversation with Valentina Righi, Head of Public Relations for Carpigiani, she recounts a visit to Salt Lake City in which she was dining at a friend’s house. She needed to bring dessert. Luckily she knew a maestro who opened a nearby gelateria. When she opened the styrofoam case carrying its contents and tried the “mysterious flavor”, she was horrified. It wasn’t what she ordered! A cookies and cream gelato, rich in fat and designed to reflect the American Oreo, repulsed her. She was about to apologize for this mistake when her hosts exclaimed: “this is delicious!” Confused, she called the maestro. “But did they eat it?” he asked. “They didn’t just eat it, they loved it, but…” – she shook her head, as a parent would when complaining about the youth of today – “but it’s not real gelato. Not something you could find in Italy.” 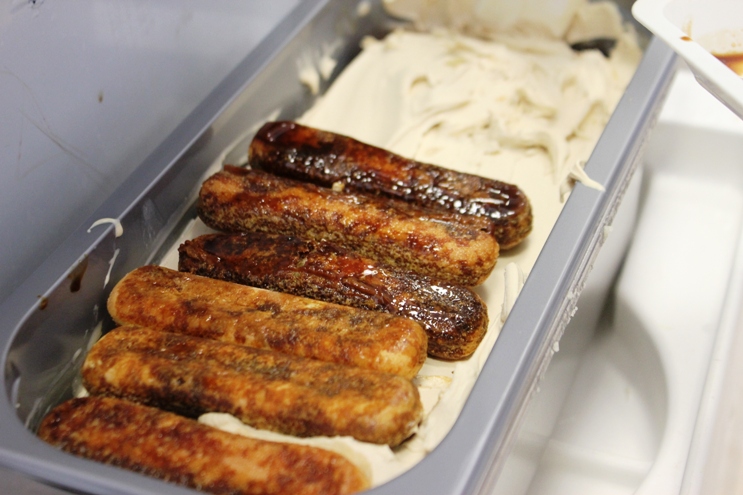 “Gelato is Italy,” Achille Sassoli says. If that’s true perhaps here lies the problem. Luciano Ferrari, in describing his routine when living in America, told me, “gelato is just not part of the culture. And I got used to it, and instead of drinking espresso, I started drinking whole cups of coffee. It’s just the way things are,” he conceded. 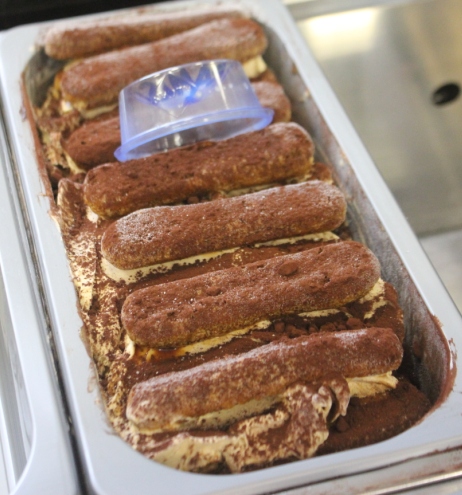 And it doesn’t stop there. It’s Italy’s pizzerias that serve brick oven pizza by the slice, the pastry shops (pasticcerie) whose goods are handmade daily, the locality and freshness of all their ingredients, the delicacy to which they are handled, and the reverence to which they receive.

All of this is reflected in a scoop of gelato. Italy’s gelato. The gelato which, at the Carpigiani University, the students dream to share with the rest of the world. 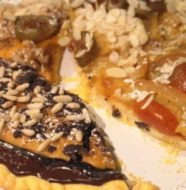