Among all the ‘ethnic’ foods we miss when we are in Italy, hummus is one of the most craved. Even though Greece is next door, Greek food here is practically nonexistent.

In comparison, China and Japan (with their two or three restaurants per city) seem like they’re ruling the Italian restaurant scene. 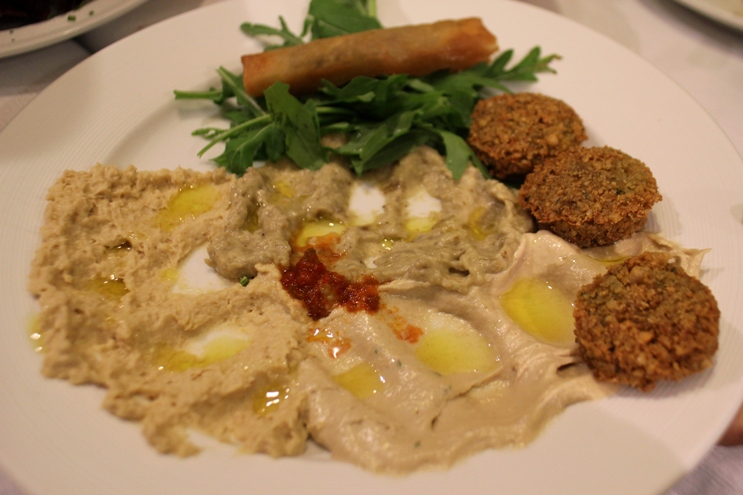 Who would have guessed that in Rome we could find the best set of Greek dips we’ve tried so far?! In the old Jewish neighborhood, the “Ghetto‘, we tracked down some amazing Hummus, Babaganoosh and Tahini. One of those dishes that, together with the basket of warm pita bread that comes with it, is worth a trip to Rome. 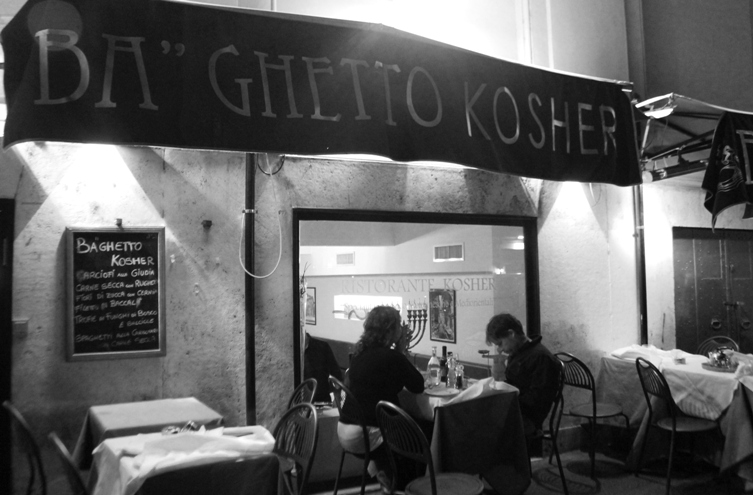 Located in the Sant’Angelo rione in Rome, the ‘Ghetto‘ was established by Pope Paul IV on the 1555, to enclose a community of 2,000 Jews in a walled quarter, connected to the city by three gates that were locked at night. Isolated from the outside, Jewish cuisine developed its own way to keep the recipes kosher while using Italian ingredients. 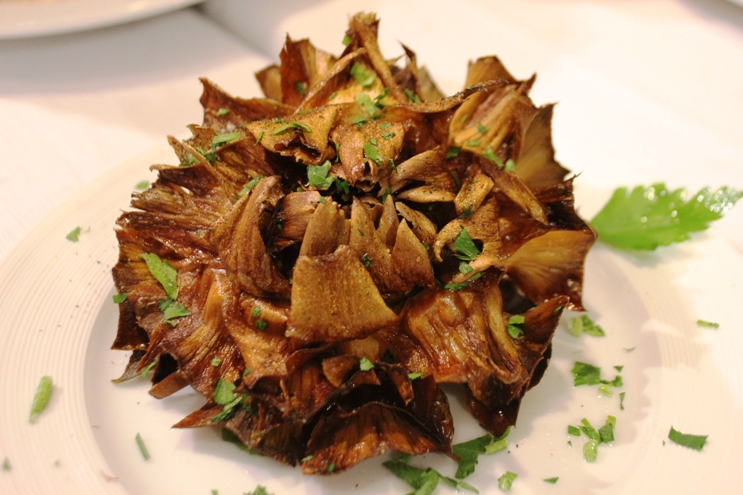 While strolling along the Ghetto’s winding alleys and centuries old monuments, one is tempted to stop in each of the restaurants that flank the stone paved lanes. All of them flaunt a charming atmosphere. And it probably wouldn’t be a bad idea, as the food here is supposed to be amazing.  Ba’ Ghetto, in via Portico d’Ottavia, offers some of the best Roman Jewish kosher, that spices up the Italian cooking heritage with a Middle Eastern touch. 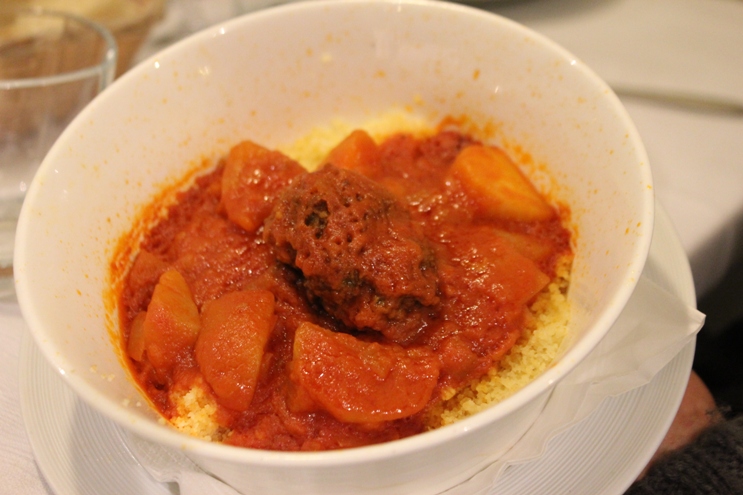 A big protagonist of this ancient Jewish Italian culinary tradition, is a dish named ‘carciofi alla giudea“: whole artichokes fried in olive oil so that when served they resemble a crispy crisantemum. The traditional Oriental dips, come with ‘Falafel‘, croquettes of fried chickpeas, ‘Sigariot‘, two pieces of meat rolled in a crispy fried dough. 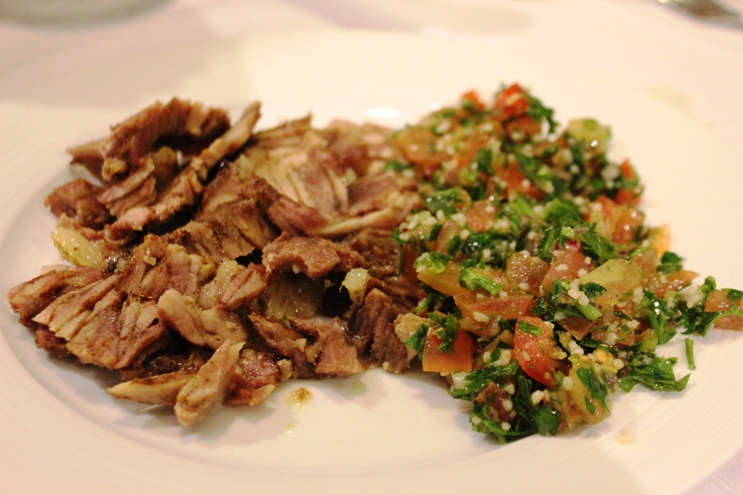 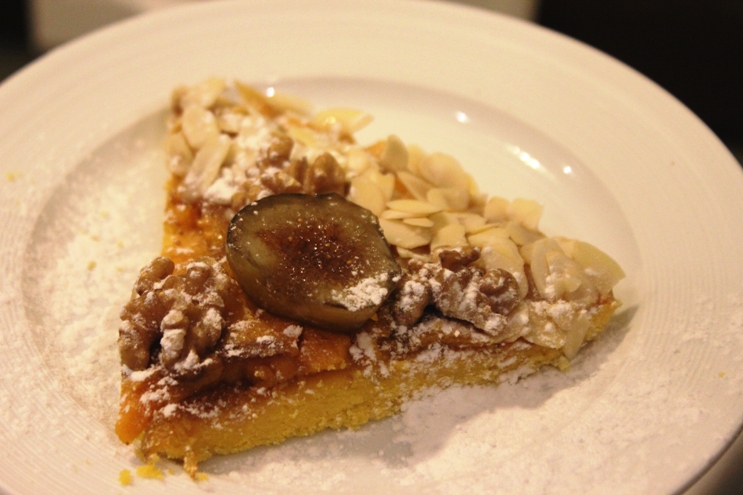 When it comes to dessert, the marriage between these two cultures becomes more evident: Baklava and Fruit Crostata go arm in arm on the menu. To be fair we order both, and after such a great meal it’s no surprise that they are equally amazing! 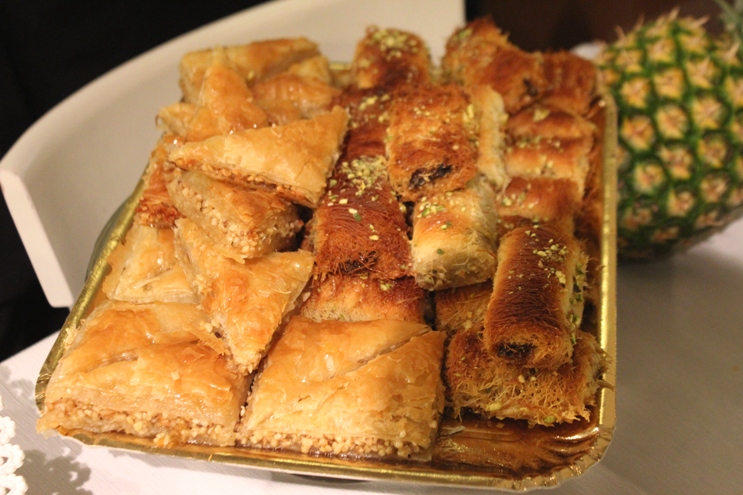