All the 100 Flavors of Claudio Torce’s Gelateria, Rome

If a gelateria were a restaurant there would be many varieties, from fast food to fine dining. If one had to describe Claudio Torce‘s gelateria in Rome, it would be a 7 course dinner with a Michelin star. 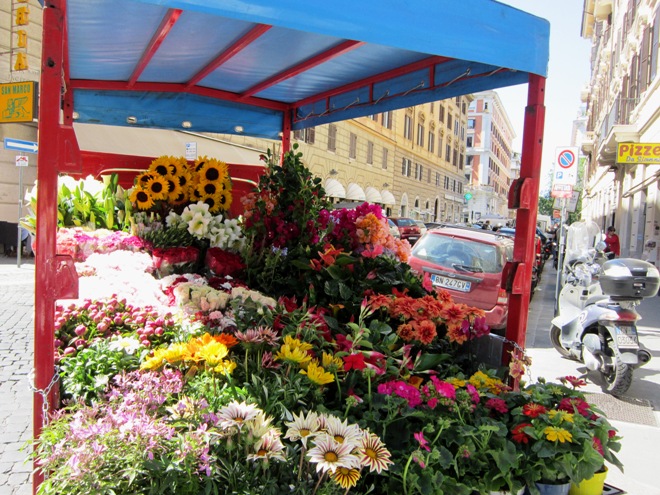 It’s not merely the fact that every one of his 100 flavors are hand made in the laboratory, where Claudio personally spends fourteen hours a day, or that it is simply among the best gelatos in Rome that makes this place so special. It’s the fact that every craving – from salty to sweet – can be satisfied at the same time.

The store is inconspicuous and much smaller than I had expected. The flavors are aligned in five separate displays, starting with sorbets, followed by chocolates, nuts, cremes and the specialties. It takes me five minutes to scour them all, a clear sign of a first timers. 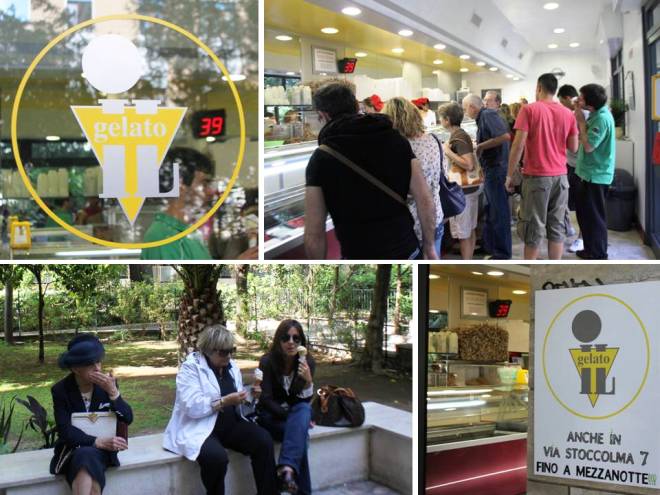 When observing the customers, one can distinguish the locals from the newcomers. Veterans proceed to the counter and order, while the rest of us, myself included, marvel at the endless choices. Fortunately, the employees are used to such awe and one of them, realizing that I’m overwhelmed, catches my eye. “Would you like a sample?” she asks, holding up a miniature cone. 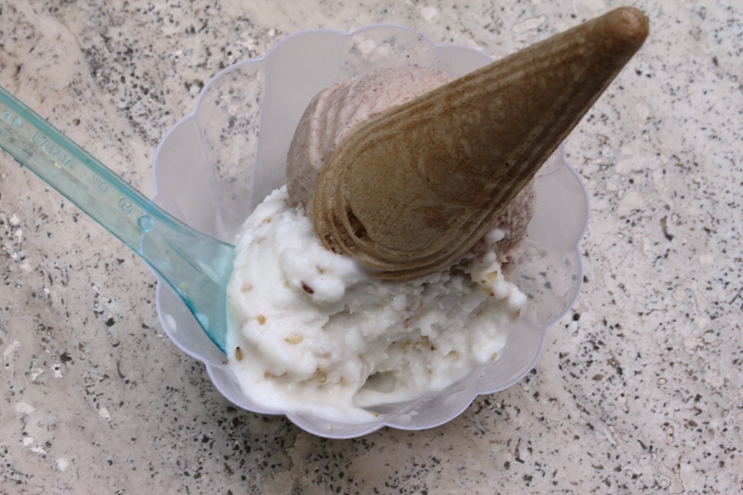 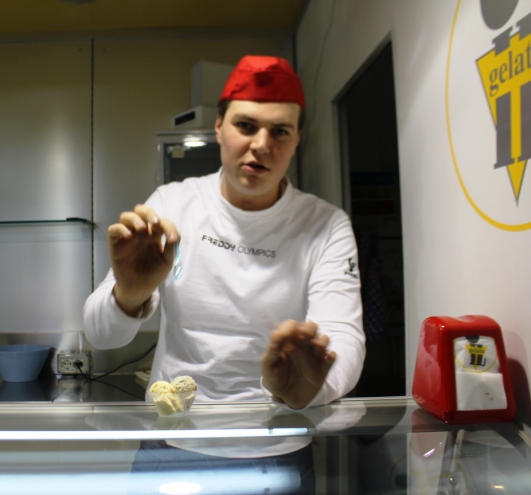 I’m giddy with excitement. With so much to try it’s hard to know where to start. I decide to follow an order of sorts, beginning with the sorbets, attempting to replicate the gelato version of a tasting menu.

Immediately upon seeing the display case, I cannot help but try the apple strudel, an Austrian dessert made with raisins, cinnamon and apple.

I ask for another, this time the cremes. Zabaione (eggnog), is heavenly. Just enough alcohol, just enough sweet. “I call it my first born,” Claudio says “because all these flavors are like kids to me.” 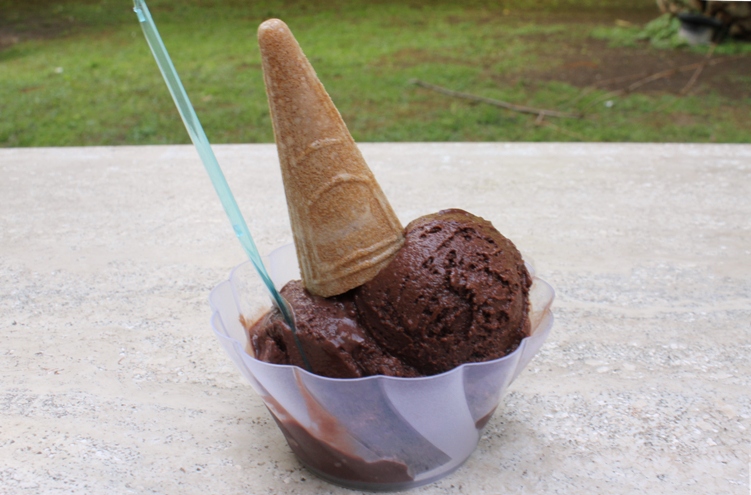 I continue in this fashion, ordering cup after cup, moving through the cremes, nuts – mandorla (almond), macadamia, and mixed nuts (his “second born”), the chocolates – intessissimo (85% cacao), and puro (100% South American cacao), until I find my way to the specialties – sesamo e castagna (sesame and chestnut), canella e zenzero (cinnamon and ginger), and the last of which is mortadella. 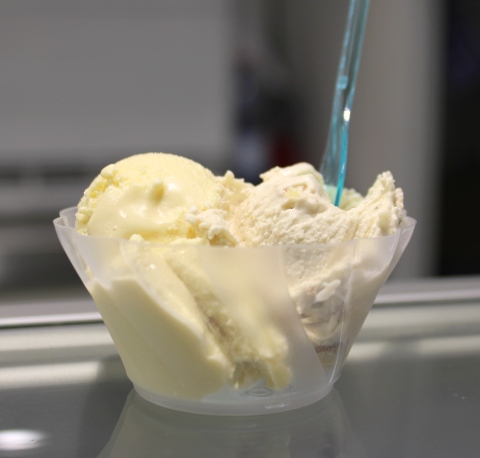 I dare not try an entire cup, and opt for my final sample. It’s so perfect in its accuracy, that the only way I know I’m eating ice cream is the cold on my tongue. Sublime.

“What did you think of the mortadella?” a man asks me on my way out.

Tall, with black hair and a modest demeanor, he looks curiously at me.

I answer honestly. “It was incredible. I’ve never tried anything like it.”

“Which one is your favorite?” I ask him. He shrugs. “I like them all,” he says, “but if I have to pick it’s the Zabaione. The way the alcohol fights with you like an enemy when its made and you hade to be very precise.” I agree with him. 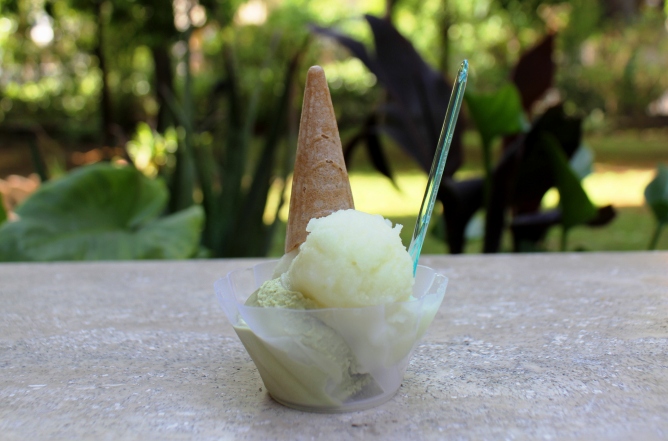 “So you come here often?” I ask. His head sways back and forth and he rocks cautiously from side to side. “Yes,” he finally says. “I – he pauses – work here. My name is Claudio Torce.”

It would have been better if… instead of stopping at the 13th sample, I had tried all the 100 flavors!