“When you eat my gelato you can touch the sky with a finger and stay in a moment of happiness”, Patrizia Vivoli tells me when I ask her to describe her gelato. 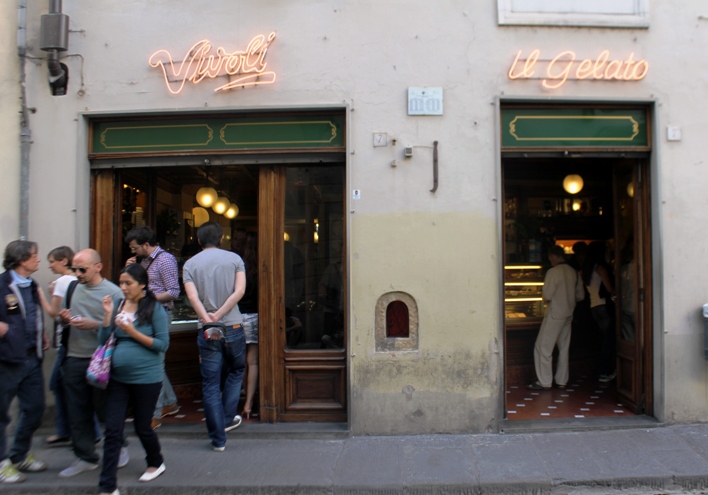 To phrase it, she proudly uses is a motto invented by her dad, who ran the gelateria opened in Florence by Patrizia’s grandpa, Raffaello Vivoli, in 1930. From its origins as a humble milk shop, a lot has changed in the last 70 years, and Vivoli became a symbol of the city, just like the duomo and the David.

The only thing that didn’t change are the recipes, that have been handed down orally: “My dad taught my sister Silvana and my husband Simone how to make gelato. There’s nothing written, it’s all in their minds. You can’t codify something that creative and unstable like gelato. 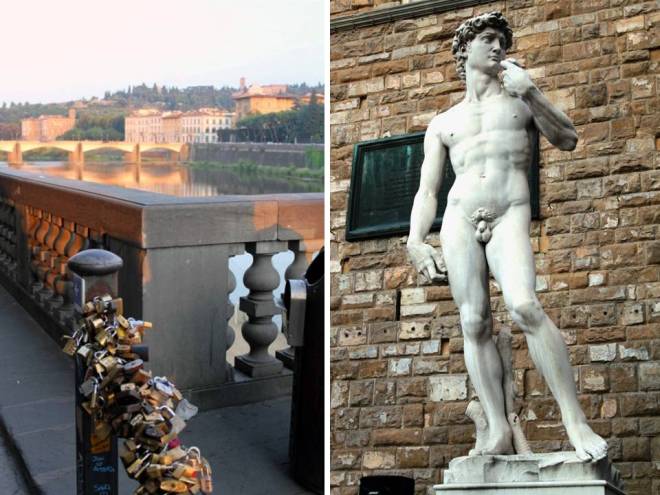 Each flavor has so many nuances that it would be impossible to enclose its secrets in a stable formula. Our strawberry sorbetto, for instance, tastes different every day, depending on the ripeness of the fruit. Silvana and Simone try it every morning, and according to that, they decide how to calibrate the other ingredients”.

“All our gelato flavors have their own story“, she continues. “This one for example – she points at the ‘Caramello e Pere‘ sorbet -, was invented after my dad had a heart attack. He spent five days at the hospital eating nothing but baked pears. When he came home, he was so ‘fleshed’ by his meals that he made a gelato out of it”.

To protect their ‘know how’ and preserve their family tradition, Vivoli’s, although attaining national fame, have never thought about turning their shop in a bigger business.

“We still have one, unique location, the one my great grandfather opened – Patrizia says – We’re a family, and we like our job to be centered around us”. “Look”, she points at the cash desk. An old lady, that looks exactly like her, opens her mouth and smiles. 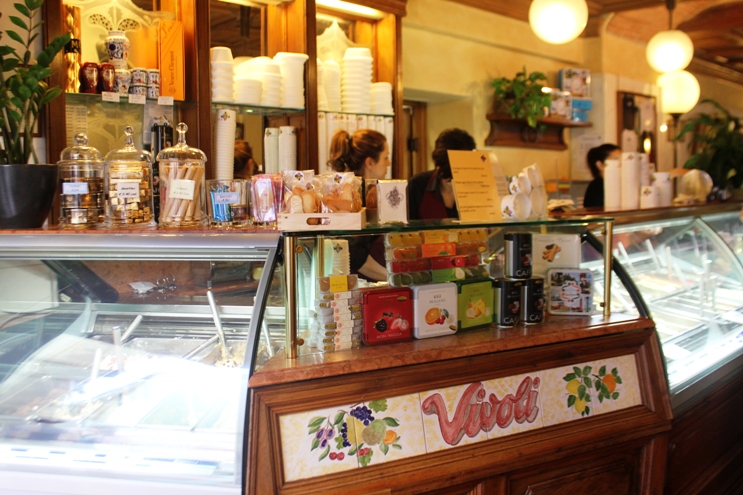 “That’s my mom. And that is…” From behind the gelato display, a brisk and peppy voice interrupts the presentation: “Have a little break! Try a pastry!” Silvana Vivoli, although being one of the most famous gelato chefs in Italy, is bright and breezy: “No worries, we’ll share”. She asks a waitress to lightly grill a croissant and orders a cappuccino. I gape. It’s 7 pm. “It’s ok, we’ll split that as well”. A minute later we’re relishing over a golden, flaky shell folding a tart lump of blackberry jam. Warm, crispy, delicious. 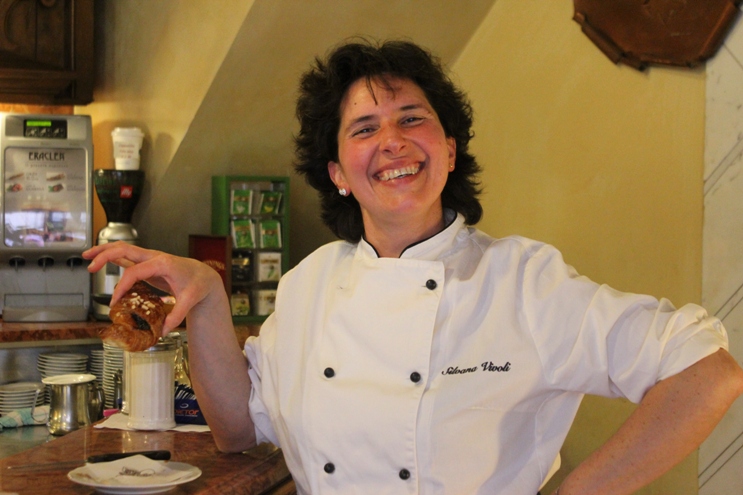 “We make everything in house – she tells me sipping her foamy, hot drink – from gelato to pastries to the laundry of our aprons. The only two things we buy from outside are pistachios and hazelnuts”. This statement is not just a matter of speaking. Far from acting like a snooty cooking star, Silvana maintains the genuineness and simplicity of an apprentice, therefore it’s not difficult to run into her on the narrow, medieval alleys of Florence while she’s delivering gelato to the restaurants with her white golf cart. 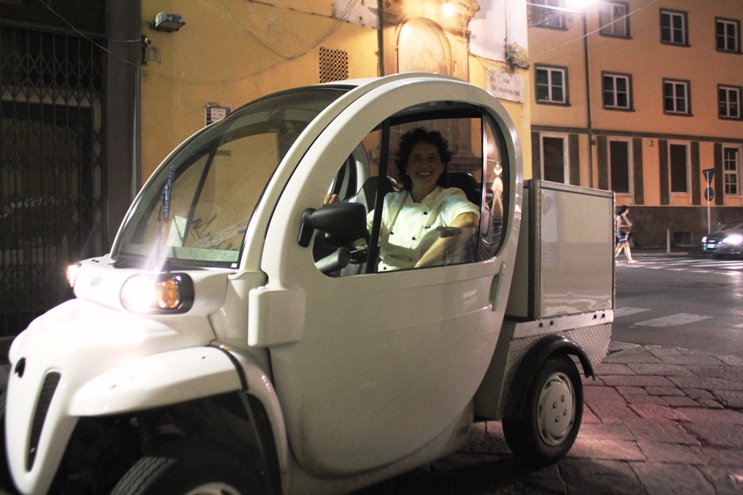 “I am getting ready to leave to for New York”, she begins to say nonchalantly, “they want me to make gelato for a charity dinner at Rockfeller Center. $700 per person, isn’t it crazy?”. Silvana is not new to these kind of experiences: not only has she been flown to Hollywood at “Divino” to prepare gelato for Dustin Hoffman and Harrison Ford; in 1999, the American consul in Florence contacted her to amuse Mr and Mrs Clinton with her delights.

“I’ll show the Americans some real gelato!” she claims. “Ice cream is so fake… What are all those flavors, such as ‘Rainbow’ or ‘Cherry Garcia’? Even the most simple strawberry tastes artificial, because is made with powder instead of real fruit”. 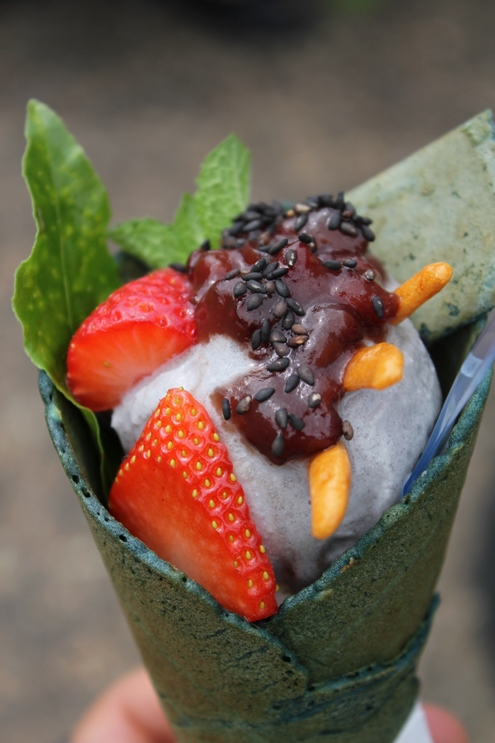 After analyzing the lacking of a ‘gelato culture’ in the US, Silvana expounds: “Gelato doesn’t take off over there because it was born as a ‘dessert da passeggio‘, something to enjoy strolling around town. In the States, except for the biggest cities, there’s nothing similar to the Italian walking culture, and gelato has been declined in a frozen, mass produced treat, that can be purchased in big quantities in a supermarket”.

“Unfortunately – she continues -, recently, the palate of the Italians has also been shifting out of the habit of true, decided flavors. This derives from a general bastardization of the food industry, that, in order to lower prices, proposes sauces made with tomatoes imported from China, or mass produced ravioli filled with breadcrumbs instead of meat. Nowadays, the only people who still have high standards are the farmers, who eat what they grow in their fields without any additives or preservatives. They are the only connoisseurs of real flavor!”.

Silvana actually lives in the midst of this reality: the idea of her ‘Lemon Caviar‘, the flavor entered in the contest of the Florence Gelato Festival, was born in her orchard, while savoring white peaches. She guessed they would have been a good match with some mint leaves and the citrusy pulp or ‘lemon caviar’, a fruit in between a lemon and a lime. The result was worth a mention for the originality from the technical jury of the event.

The gelato eneterd in the Festival 2011, called ‘Temaki Ice” was even more particular. Silvana, collaborating with the Japanese restaurant Kome, created a hand rolled soy bean cone topped with a rice based gelato, flavored with black sesame and an azuki sweet bean glaze. Even that time, the result was outstanding. 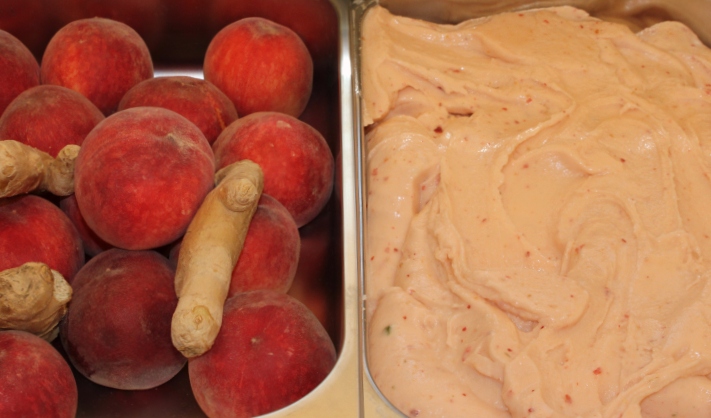 Silvana’s dedication in defending the craftsmanship of gelato culture also emerges from her commitment in ‘I Gelatieri per il Gelato‘, an association of gelato makers, born in 2010 to defend a typical Italian homemade product.

Besides fighting for the future of gelato, Vivoli also committs to protecting its history. The family was on the front line for the opening of the first Gelato Museum launched by Carpigiani, the world’s top producer of gelato machinery, committed to divulgate history, culture and technology of this artisanal product in the 5 continents. 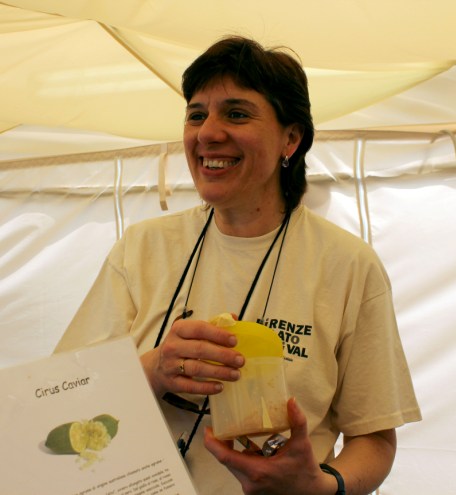 Since Patrizia’s dad established a solid collaboration with the brand, testing their new machines and helping them in correcting their defects, Vivoli donated a batch freezer from the ’50’s to the museum, as well as photographic pieces of the history of gelato in Florence.

Some of them hang on the wall behind the counter. Patrizia looks at them opening the memory book: “Our grandpa used to say that gelato is like the snow: beautiful when it’s fresh and compact, but in a twinkle it turns in a mush. For this reason, he would compare himself to a sprinter that competes for the 100 meters, and has to give his best in a few minutes, before his creation starts melting”. 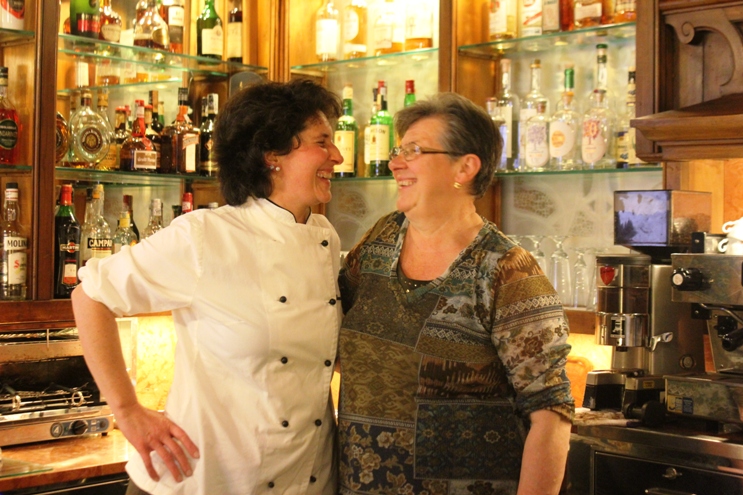 “I am less philosophical”, Silvana breaks in. “I think gelato is just life. Not life in a metaphysical sense, it is actually my whole life: what I do and eat every day and what I earn my living with”. Three generations, three different way to perceive gelato, just one unmistakable, impeccable way of making it. 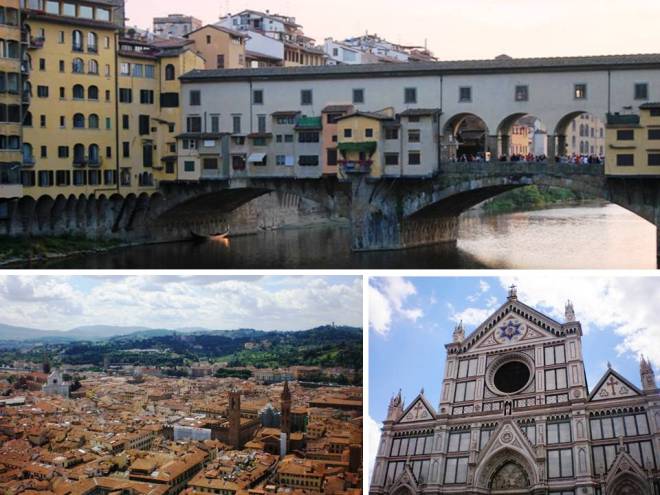 It would have been better if… they hadn’t removed the Temaki Ice from the menu!